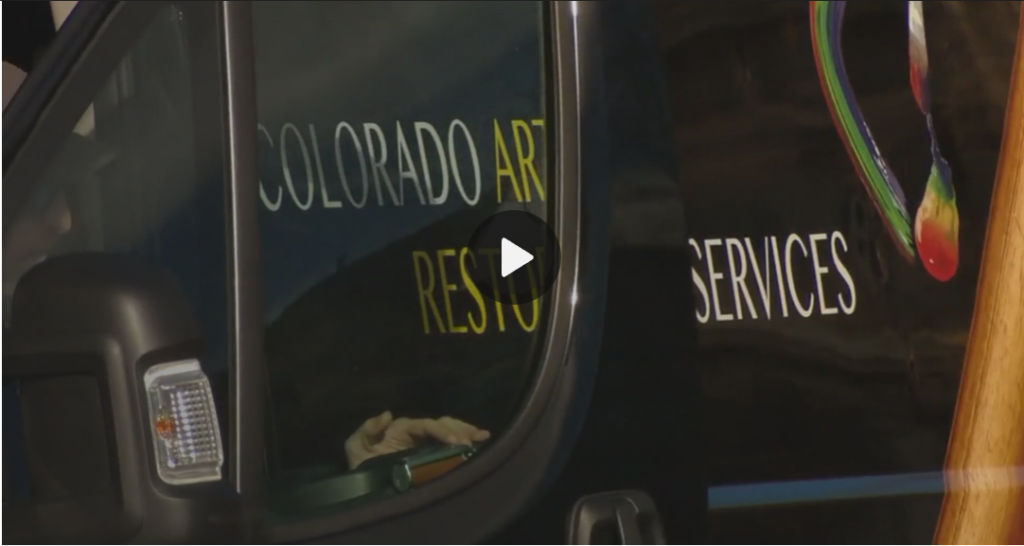 CBS Colorado – December 28, 2022 – Michael Abeyta – In the basement of an unassuming building, just a block from the Colorado State Capital sits a paper trail that tells the story of the state’s history.

It’s the Colorado State Archives, and there are three basement levels of boxes containing documents that are part of Colorado history.

One week ago, during the historic cold snap that rolled through the State, a pipe burst and leaked water all over the documents.

“Every level had some degree of damage,” said Doug Platt the Spokesperson for the Colorado Department of Personnel and Administration.

Now the state is hustling to get the wet boxes opened and the documents dried out.

“We’re trying to get those opened up exposed to the air, and then actually the process calls for freezing the documents so that the water doesn’t penetrate any additional paper,” said Platt.

They have enlisted the help of local art restoration companies to aid them in their quest.

“We have some of the best experts in the state in archival restoration and preservation working on the project right now,” said Platt.

The whole endeavor could take a while because there are a lot of papers.

“Tens of thousands of documents because it can be anything from a single sheet of paper to a litigation file,” said Platt.

So, the archives will be closed at least for the remainder of this week, but if you need to access them you still can online.

Manage Cookie Consent
To provide the best experiences, we use technologies like cookies to store and/or access device information. Consenting to these technologies will allow us to process data such as browsing behavior or unique IDs on this site. Not consenting or withdrawing consent, may adversely affect certain features and functions.
Manage options Manage services Manage vendors Read more about these purposes
View preferences
{title} {title} {title}